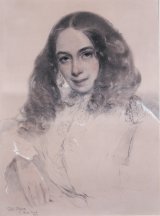 Volume 26 sees the Brownings continue their winter residence at Rome. In January, they along with the majority of Italians are encouraged by indications that France and Piedmont plan to form an alliance to rid Italy of her Austrian overlords. Three months later, the second war of Italian independence begins when Austrian forces invade Piedmont. The Brownings return to Florence on 1 June and rejoice at French and Italian victories at Magenta and Solferino. Then, with the Austrians in retreat, the emperors of France and Austria sign an armistice at Villafranca on 11 July. EBB is devastated by the news and becomes dangerously ill. At the end of July, the Brownings remove to a villa outside Siena, where EBB convalesces slowly. Also staying in Siena is the aged poet Walter Savage Landor. Earlier in the month, RB had found him wandering the streets of Florence after leaving his home and family. With the approval of Landor’s relatives in England, RB takes on the guardianship of the old man. A transcript of RB’s accounts of Landor’s income and expenditures from 1859 to 1864 is presented as Appendix IV. While at Siena, EBB seems to cool towards her friend Sophia Eckley for reasons that are not made clear. EBB publishes two works in the course of volume 26: the revised fourth edition of Aurora Leigh on 1 June and “A Tale of Villafranca” in The Athenæum on 24 September. The Brownings sat for a number of portraits during the first half of 1859; all are reproduced in this volume, including those by Field Talfourd, Michele Gordigiani, and Frederic Leighton.